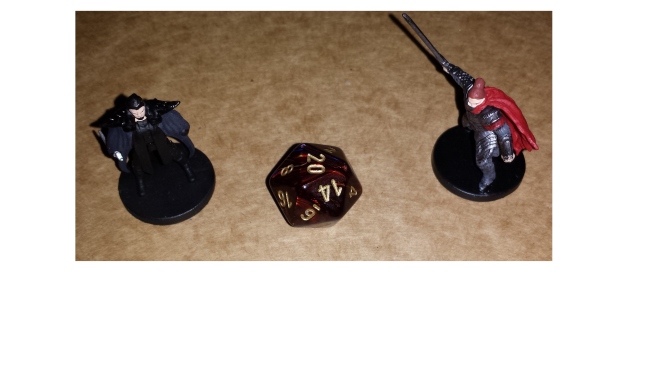 One of my two campaigns on Roll20 just finished Episode 1 of Hoard of the Dragon Queen tonight. We ended up running all the missions. Although I realize that the module doesn’t actually require that, various circumstances with player availability meant that it ended up being easiest way to handle things on a session-to-session basis. That yields a lot of experience, by the way, even when I scaled down some encounters due to having three characters instead of four in some encounters. If they get enough random encounters in the village and complete all the missions (including bonus objectives), then hitting level 3 while still in Greenest can happen. That may change some calculations down the line, but I expect I will deal with that as it happens.

Hoard of the Dragon Queen isn’t really for GMs or groups completely new to RPGs or even D&D, though. People in that situation should try out the Starter Set (which has a more cohesive narrative and, for me, is lots more fun). I’m glad I had several sessions of Fifth Edition under my belt as both a player and GM before starting this. Also, if you run this online (or maybe even offline), give a thought to buying the Hoard of the Dragon Queen maps. They don’t cost much and artists deserve to be paid.

WARNING: The rest of this post contains spoilers for the module.

When the characters first arrived in Greenest, I’d had to handwave a few things at the beginning because I played the module as written. For example, why are they arriving together as a group if they have separate motivations for coming to Greenest? The “caravan guard” suggestion at the beginning only works if the players don’t take advantage of the extra bonds included in the appendix. Those bonds provide a lot more meat, though, and it shouldn’t surprise anyone when players prefer that approach.

Once the party arrived, though, they quickly ran across a woman defending her family against kobolds. (And a big hell yeah for it being the mother instead of the father. Playing against stereotypes just feels so much more epic here.) After dispatching the attackers, they made their way through the town towards the tunnel into the keep. This led to a few more fights and the rescue of a few more villagers. Once they’d fought their way into the tunnels, those sinister swarms of rats nearly did them in: both the paladin and the monk ended up going down, rescued by the bard and archer (fighter). That part of the encounter actually felt very tightly balanced, to be honest.

After meeting Governor Nighthill, the master of the keep quickly grabs them to help defend the sally port against an assault. They didn’t have anyone who could do the mending, so instead a “combat blacksmith” came out to repair the outer portcullis after the initial group had been cleared. Defending him against the second wave of the assault proved harder than they’d expected, even though I scaled it down for the three characters we had during that session. Unfortunately, we lost the monk, who failed his third death saving throw before the attackers could be vanquished. Actually, the blacksmith was killed, too, but as that happened on the very last round, I had an NPC cleric come out and stabilize him. This same cleric also gave them each a small heal after each mission, consisting of one roll of their hit die, because otherwise they would have not had a chance. They didn’t get the other benefits of a short rest unless they missed a session, though, because ENDLESS KOBOLDS!!!1!

My players think very tactically, though, so when they approached the mill, they recognized the ambush almost immediately. That turned into a slaughter, even with the fresh dragonborn sorcerer who accompanied them from the keep. (This represented the backup character for the player who’d lost his monk at the sally port.)

Similarly, at the sanctuary, they approached from the back and absolutely destroyed the cluster there. Then they threw down caltrops at a choke point and set up the paladin backed up by a bard and archer. That parading group had a chance at the end to overwhelm the party, but the Polearm Master feat plus those caltrops held them off long enough for the ranged support to finish them off. For in-character reasons, even after they’d successfully exfiltrated the congregation, they went back and finished off everyone (including capturing the Dragonclaw Cultist). For that, I gave a few of them Inspiration. They put themselves in the way of needless harm because it fit their bonds or flaws, which pretty much defines the reason for that mechanic.

I did add something special to the Dragon Attack, though: ballistae. For players without significant ranged abilities, or for those who just wanted to try something, this spices things up a little. My group had the idea to try to attach a chain to the bolt when trying to bring it down. This required a few actions to find it and attach it, and in fact the bolt did it, but then I gave the dragon a DC 10 Strength check to break it before it got annoyed and flew away.

Proficiency: Martial Ranged Weapons
Damage: 2d10 piercing
Properties: Ammunition (range 100/330), heavy, loading, two-handed
Special: Loading this weapon requires a full action. This action can be taken by another, cooperating creature with Strength 9 or greater. (At the DM’s option, this can be treated as a DC 5 Strength check, with disadvantage if done under fire.)

Because it’s not really fair for a low-level group to face a CR 16 monster, I also resolved in advance that none of them would suffer permadeath just from a single hit from Lightning Breath. That feels like penalizing them just for showing up and isn’t “fun” (except maybe in the Dwarf Fortress !!FUN!! sense).

Should I ever run this episode again, I’d do a few things differently. Hopefully other GMs can take some of this and apply anything that works for them, or perhaps some of the other fantastic remix material available from places like Hack & Slash or Detect Magic. (Search Google for “hdqremix” for lots more material.)

So Episode 1 focuses primarily on combat, with only a few opportunities for roleplaying and social interaction. Of course, characters who risk their lives to save villagers they don’t even know can make defining choices. The situation as presented, though. just doesn’t lend itself to sitting around and discussing the philosophies of the various factions or such. For some groups, this will fit perfectly. They may have a bit of whiplash, though, because Episode 2 instead contains mostly roleplay. A few combat encounters can occur, particularly at the beginning, but then it becomes much more about scouting and deception.

I look forward to seeing what happens. This has taken plenty of play time, so the delay of Rise of Tiamat doesn’t bother me in the least. On the other hand, I have some concerns with this particular group, mostly because they seem highly focused on tactics and combat – “rollplaying”, as it were. And that’s a perfectly valid play style, but HotDQ may not lend itself particularly well to that other than a couple of specific episodes.

One thought on “Play Report: Hoard of the Dragon Queen Episode 1”