I’ve wanted to try to generate an adventure with the random tables in the new Dungeon Master’s Guide since I bought it. Here I present one example of my experimentation. Note that I didn’t fudge any rolls – all this reflects actual results.

Because my current “sandbox” campaign focuses on dungeon crawls, I’ll start with “location-based adventures” on page 72. The process flows as follows:

I’ll roll a d20 on Dungeon Goals and Other Goals, skipping the wilderness table, and see what happens.

19. Hide from a threat outside the dungeon
2. Defend a location from attackers

Those certainly don’t look like the other adventures I have run. But I want to use this process to spice things up. So I will choose the first. Perhaps the party originally sets out on some other mission, such as to go ask a sage for a map or some historical guidance. When they arrive, though, they find themselves ambushed just outside the location. Or maybe they get there just before some sort of attack on the dungeon occurs. That lets us merge these two goals nicely.

We definitely need a few NPCs here to drive this.

Who will provide the threat? From my d20 roll on the Adventure Villains table:

7. Undead with any agenda 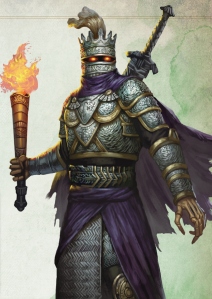 This points up an immediate weakness in both the DMG and the Monster Manual. Even with the new indices, Wizards of the Coast hasn’t provided an index of creatures by type. I have a player-created one, though. Because of the nature of my plan, I don’t want one with sunlight sensitivity. The death knight fits the bill perfectly:

When a paladin that falls from grace dies without seeking atonement, dark powers can transform the once-mortal knight into a hateful undead creature. A death knight is a skeletal warrior clad in fearsome plate armor. Beneath its helmet, one can see the knight’s skull with malevolent pinpoints of light burning in its eye sockets.

An Arthurian name generator seems appropriate for this character. That site generates 10 names, so my d10 chooses:

Chapter 4 in the DMG, “Creating Nonplayer Characters”, can help give Claunus a bit of depth. I’ll roll on the Mannerism, Interaction with Others, NPC Ideals, NPC Bonds, and NPC Flaws and Secrets tables first.

So Claunus works his jaw (as an undead, he doesn’t actually eat per se). Suspicious, greedy, and aspiring to power & conquest, he fits the archetype pretty well. We also have some specific tables for Villains: Scheme, Methods, and Weakness.

The methods roll doesn’t provide much utility in our case, so I will reroll just once:

That doesn’t make sense either. But it doesn’t matter since we have an existing concept. I’d just hoped to give it a little more depth.

This chapter also contains a section on villainous paladins, including a new spell list and some new features. I don’t have to use them unless the party will face the villain directly. At CR 17, Claunus already has more power than almost any group could handle. But the class options do give a greater sense of how this sort of villain operates. He should have an army of undead to command in addition to his own ability to besiege the sage’s dungeon with his hellfire orb.

As noted, Claunus provides a greater threat than a typical adventurer party can handle. Let’s give them a bit of help.

If it should come to some sort of showdown, a celestial ally fits the bill! The planetar has a similar CR (16) and background that matches:

Planetars act as the weapons of the gods they serve, presenting a tangible representation of their deities’ might. A planetar can call down rain to relieve a drought, or can loose an insect plague to devour crops. A planetar’s celestial ears detect every falsehood, and its radiant eyes see through every deception.

The adventure shouldn’t take the focus off of the party, though. Perhaps the party needs to accomplish some task to summon the planetar, all while fending off the undead army. We can adjust the sage to some sort of cleric to match the developing flavor.

And another adventurer could come in handy as another vector for exposition. She won’t do too much, again because the party members are the hero of this story. Maybe the adventure will call for a heroic sacrifice, even. Back in Chapter 4, we can generate mannerisms, abilities, talents, mannerisms, ideals, bonds, and flaws & secrets.

This sketches out a pretty interesting character we can use as the cleric. (The carpentry expertise doesn’t matter for this adventure.) Our priestess speaks quietly when she speaks at all, but her deeds mark her as a devoted servant of her god. I’ll roll a d10 on the results from a dwarf name generator:

Now we have a link to the “exceptional ugliness” after all! Durinoir’s surname will fit, and she will have a misshapen lower jaw. Her physical appearance belies her beautiful spirit and holiness (although I will attempt not to turn this into too much of an Aesop). I like her playing against type, though.

They have some reason to go, after all.

What can we learn about this elder? The same tables as those used for the cleric above will serve us again.

Everyone loves the adorable old town drunk because he has been a fixture for generations. Perhaps he even holds a place on the council. But his alcoholic dreams of a sacred temple become the clue needed for the party to learn how to defeat the undead army.

This process really deserves an entire post of its own. But the basic characteristics don’t take very long to generate. For the Dungeon Location: 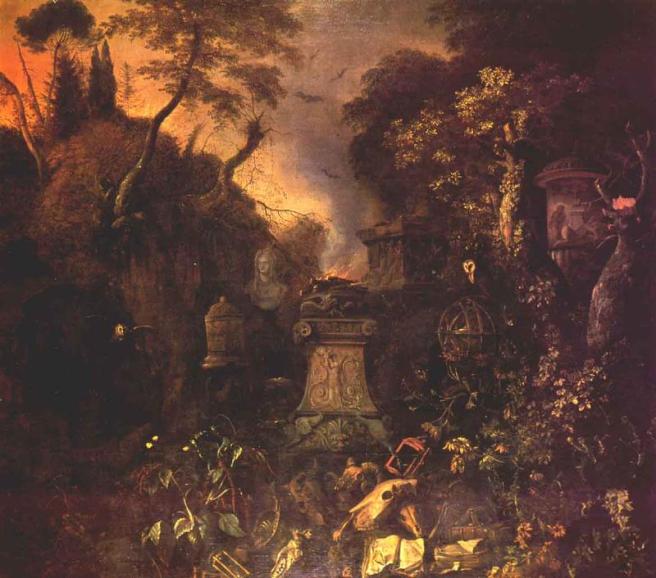 That result evokes some fantastic atmosphere and fits the developing themes quite well. To identify the Dungeon Creator:

This plays against type a little (barbaric dwarves who don’t care too much for tradition) but could provide a nice bit of atmosphere.

We also might want to learn a bit about the original Dungeon Purpose and History:

These will all provide help when we generate the dungeon in a future post.

The table could provide additional inspiration for beginning the adventure.

7. A town or village needs volunteers to go to the adventure location

The council sends the party to the ancient temple that houses the item holding the death knight’s soul. I’ll flip back to “Appendix A: Random Dungeons” and roll on the Religious Articles and Furnishings table for this item:

That gives us a couple of pieces of mood music! Maybe we should ask For Whom the Bell Tolls:

No, we shouldn’t, because “it tolls for thee.” Instead, the death knight’s soul resides in Hells Bells:

Enough of that tangent.

Adventurers have a well-known tendency to go “off script”. Role-playing games differ pretty strongly from films and novels, so this just comes with the territory. But what will the adventure aim for?

10. A threat more powerful than the adventurers appears, destroys the main villain, and then turns its attention on the characters.

The planetar’s adherence to its lawful good alignment could put the adventurers in danger. Those with impure hearts or who desecrate the graves might run significant risk. That keeps the focus on them and can help avoid a deus ex machina solution.

These also belong primarily in a future post about the dungeon, but we have the outline of how to proceed already.

The DMG helped create the scaffolding for a group to get started. A lot of work remains to turn this into a full-fledged adventure, especially the encounter design. But in reality, a few minutes with the book provided enough for a creative DM to get started with roleplay. This could even happen on-the-fly with an automated dungeon generator or a similar system.

Also, nothing in this post relies on specific system mechanics. The outline above could fit any fantasy system and a few others besides (perhaps a Cthulhu-esque horror game with a few adjustments). So yes, the new DMG certainly could provide a lot of utility for people playing OSR games.

2 thoughts on “Building the framework of a dungeon adventure”