D&D 5e has started to frustrate me. I feel like I spend way too much time looking stuff up when running a game. Some of that comes from poor information organization in the core books. This leads to too much time looking up spells and so forth. Another large chunk results directly from the amount of rules: conditions, cover, grappling, etc. Wizards of the Coast has made the business decision not to provide us with electronic materials. As a result, we have to depend on books, player-generated material that lawyers don’t take down, or our own preparation efforts. The amount of time taken by data entry in various applications and private documents doesn’t help.

As the DM, I can decide to change the rules, of course. But I want to take care when doing so. DM fiat shouldn’t frustrate players more than absolutely necessary. That doesn’t even include the optional rules I’ve chosen to exclude, like multiclassing and feats. Some of the things that take more time than I’d like actually include some of the most fun bits, like the different monster abilities and features.

Switching to another simpler game could certainly work. I don’t care one way or the other about labels like “OSR” (including whatever the abbreviation actually means to someone). But I do like the balance between crunch and freeform play in older games and “retroclones“, which I lump together here for this purpose. 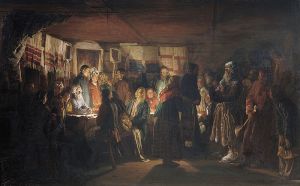 I’ve been re-reading various versions of a number of games. As much as I like Microlite20 and Microlite74, they just don’t seem to have much traction in terms of finding groups. For players, this choice might look like a distinction without a difference. None of the systems differ in large ways. Find a group you like on Roll20 and use what they use, since the DM will probably have tons of house rules anyway. But as a DM myself, I need to choose a place to begin. All three of these systems have tremendous community support. In addition, they are cross-compatible with each other and lots of other older games or clones (which is largely the point).

OGL-based games constantly refer to “the Original Fantasy Roleplaying Game”, or  they use some other euphemism for actual Dungeons & Dragons. Wizards of the Coast has made available legitimate (non-infringing) electronic copies of older editions. This includes 3.5e and 4e, editions I prefer not to play, but also B/X and AD&D. A little time and effort can find actual books for sale on Amazon, eBay, and other places like that. Used bookstores and local gaming stores also carry them at times. The organization and lack of clarity in some of these editions has left me a bit cold, though I have some of this material for reference as needed.

In the meantime, my campaign in 5e will continue. I still plan to finish running Dyson’s Delve with the Relic Hunters Guild if the players keep going. I also play in a meatspace 5e game and find the new Dungeon Master’s Guide useful for everything, not to mention that gorgeous Monster Manual.

Basic Fantasy has something of an “Acme Industries” vibe to it. It focuses on doing what it does very well, including mechanics as well as production value, without embellishment to the point of distraction. BF uses ascending armor class, which I like, but it also has the older-style saving throws (“Dragon Breath”? “Wands”?). These never made much sense to me. It also uses the modern separation of race and class. I’ve never used the older approach of race-as-class and would like to experiment a bit, but I don’t know how players typically feel about that. 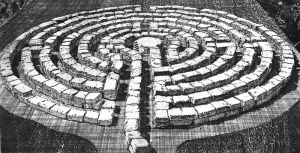 Labyrinth Lord supports race-as-class directly in the core book. It seems closest to the older edition it seeks to emulate, including descending AC and all the old saving throws. This system has a bit more heft to it, though in this case that means “completeness” rather than rules-heaviness. I’ve joined a campaign using LL rules on Roll20 that will start in the new year, but this time I’ll get to participate as a player rather than DM. We will play in a really unusual campaign setting: the Anomalous Subsurface Environment. I have high hopes for that!

Lamentations of the Flame Princess

Lamentations of the Flame Princess has a beautiful approach in terms of its simplicity (e.g. the silver standard) and just enough “weirdness” to make it stand out. I don’t think I’ve ever enjoyed reading an adventure as much as I did Death Frost Doom. It uses race-as-class & ascending armor class and has extensive domain management rules. The old-style saving throws are a turn-off, as is the fact that, for reasons I do not understand at all, James Raggi has blocked me personally on Google+. I’ve never had any interaction with him that I recall, so it strikes me as somewhat odd.

Swords & Wizardry seems the most hackable. It supports both ascending and descending armor class. Since I prefer ascending, this helps a lot. A single number for saving throws might go too far in the other direction from the original game. In fact, D&D 5e probably does this in the way that makes the most sense to me, tying saving throws to ability scores. SW does modify certain types of saves based on character class, though, which helps. And it has both “race-as-class” and the more modern approach available depending on which edition you use.

For now I will start from S&W, though I have much love for all the systems above in their own ways. This will immediately require a few small tweaks, such as bringing in Advantage/Disadvantage. I also have taken some cues from Microlite74 OSS and some rules variants in 5e regarding skills. Characters who specify a particular skill or background at creation time will get advantage on relevant attempts. I will also use some of the material in Lamentations of the Flame Princess, like the extensive support for strongholds and hirelings.

In reality, no two RPG campaigns truly use the same system once you include house rules and such. Systems like these, all based on more or less the same game, just provide a framework from which we can begin.

Time to do work.