This post will have spoilers for the first level of Sunless Citadel. If you don’t want that for any reason, then don’t read. I strongly urge anyone planning to play in this adventure to avoid spoilers. Preserve the fun for yourself! But if you have already played it or otherwise don’t mind, this session included some of the most fun I’ve had at the table. To use a phrase from Jim Davis of WebDM, this felt like mainlining Dungeons and Dragons directly into my eyeball.

My Tales from the Yawning Portal group finally made progress in one of their quests last night and found the dragon that the kobold prophetess Yusdrayl and her little dragonkeeper Meepo had requested. After fighting their way through a few goblins (and setting a batch of “elf pudding” on fire), they entered the room where the wyrmling had been stashed by the goblins. Her initial hostility softened ever so slightly into wariness when our draconic bloodline sorceror and lizardfolk shaman (barbarian/druid) entered to try to calm her. 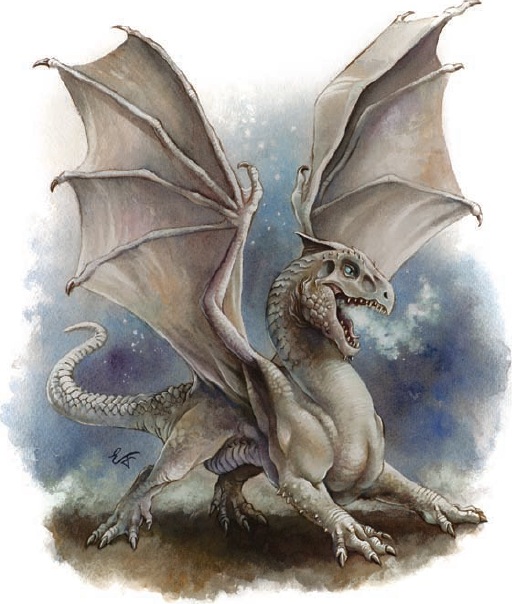 But the group might’ve miscalculated slightly by waving Meepo – her captor – into the room. The little kobold rushed heedlessly to give her a big hug and became her next meal for his troubles. Surprising even me, the sorcerer and shaman offered to free her, and the sorceror rolled so high with his Persuasion roll that I decided she accepted. They provided a sort of honor guard back towards the entrance.

She didn’t quite make it that time, though, because when the group passed through the large hall where she’d been kept, she decided to burst through a nearby door and attack the small group of kobolds within. But she also triggered the trap there which dumped a pot full of garbage and dragon poop on her head, poisoning her for a short bit.

Calcryx became enraged at this indignity and bounded down the hall to the prophetess. The lizardfolk ran behind her yelling the password, letting the kobolds know that they had returned but also signaling that they didn’t need to prepare for a combat. This gave her a round or two of confusion when she attacked Yusdrayl. The elite guards also died or fled.

But then the halfling bard decided to make things doubly epic, and ran into the room to jump on the wyrmling’s back during the fight. He intended to ride her into the kobold tribe’s great hall and destroy what remained of the tribe. In fact, the little guy held on admirably while she tried to buck him off. With the player’s permission, the group tried to pull him from her back unsuccessfully (so many grapple checks in this session), although eventually the cleric cast command and told him “OFF”. Calcryx promptly bit him and flounced off to her freedom. He managed not to die – had she rolled a critical or her breath weapon recharged, it likely would have resulted in instadeath. Somehow I hope that she figures into a future adventure…

So now the adventurers claim to have recovered two dragon hoards at once (Calcryx’s and Yusdrayl’s). While not entirely accurate, that could be just the sort of tall tale that adventurers spin when turning their exploits into exaggerations over an ale in a tavern…

This totally counts as a dragon, right?