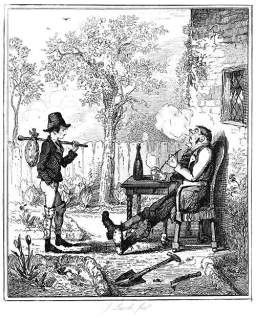 For the last several months, I have had the good fortune to play about as much D&D as I can handle. The large majority of these games have occurred under the banner of the Adventurers League on Roll20 (using Discord for voice and out-of-game text chat) and, to a lesser extent, at a local gaming store.

In order to do this, I assembled a small, off-the-radar, online closed community to play in games I organize. We’ve had some growing pains, but over the last year that has resulted in far more ups than downs. Right now, we have around 20 members, including more than half a dozen players who will run games. The diverse group includes many different ages, orientations, and genders, and I really want to increase that diversity. A core principle we all share is that D&D is for everyone with no limitations except that we all share core principles like that one. The few pains we’ve had in that direction were resolved quickly and decisively.

As context, here’s a small video I made about why people should play AL:

Certainly, I’m far from the only one doing something like this. For DMs looking to do something similar, or just concerned about how to find AL players while separating the wheat from the chaff, here’s how I have been doing this.

Every new player that doesn’t have a vouch from an existing member goes through the same process: the Roll20 LFG tool. When I post a game, I include the adventure’s public blurb (e.g. back of the book or the paragraph on the module cover page). I also include an informational paragraph like the following:

We play almost every week on Monday evenings for about 4 hours at a time, except when I travel for work (about once a month).

Please note that this is an Adventurers League game. This means your character must conform to the rules for creation, but it also means you can take your character back and forth between different AL campaigns (including those at your friendly local gaming store).

One-shot or mini campaigns will have slightly different introductory text as appropriate. If the game is higher than Tier 1, I also include a note in there. For my Tomb of Annihilation campaign, this read something like:

The group is currently in the Lost City of Omu and therefore your character should be around level 6, give or take a level. (As this is an AL game, of course, you should already have achieved that level through regular play.)

Within that listing, I post one application thread. And yes, I really do delete every thread outside that one. By doing this, I try to weed out players who don’t pay close attention to details or otherwise are disinclined to acquiesce to our requests.

This varies slightly based on the tier of play, of course, but currently looks like this.

Post a reply in this thread with the following:

I know it’s tough being a player here on Roll20 and trying to find a game. Unfortunately, I can’t accept every application, or even every great application. Thank you so much for reading all of this and, even if we don’t get to play together this time, maybe we will in the future!

New players often struggle to understand that they can’t just create a level 8 character and get started in AL, despite the signposts everywhere. In tier 1 games, of course, this isn’t a problem! Players are welcome to stat up a new character (possibly with help) and we happily help people learn the game. Some of the most interesting folks in this little community started AL or even, in one case, D&D with these games.

I have several different roles within my private Discord server:

I want to expand beyond just AL, of course. As helpful as I find it to have the structure provided by a shared campaign, sometimes I want even more freedom to create and explore. But I don’t plan to leave AL. While my ToA campaign has concluded, the second half of my Out of the Abyss campaign is just starting. Once that concludes, I will keep running Guild Adept material, as I find it to be the highest quality episodic material within Adventurers League. In fact, starting soon, I will record these games and try to publish a podcast showing the accessibility and flexibility of AL.

I also plan to expand beyond Roll20. That platform has tremendous value when playing a game of dungeon exploration and tactical combat, but it can get in the way when focusing more on social interaction and light mechanical dependencies (skill checks, narrative combat, etc.). Using narrative combat and D&D Beyond with Discord as the communications method has a lot going for it.

Managing this community has a lot in common with managing a guild in an MMORPG like World of Warcraft. That means I’m looking for new folks who fit in: able to play during US evenings and weekends, strong adherence to the shared principle that Dungeons and Dragons is for everyone, and an appreciation for episodic play. Other, larger AL communities exist on Discord and Roll20, but they tend to focus heavily on mechanics-heavy games and ravenous hordes of players trying to powerlevel and grab loot. That’s not the playstyle I’m looking for, personally (although I understand it and consider it totally valid).

So feel free to chat with me on Twitter or Discord (technoskald#3877) if you’re interested in participating in games like this, especially if you’d like to play once in a while on a game that’s streamed or recorded.

One thought on “How I recruit for online AL games”